Here’s a documentary about Robert Frank from 1986, in three parts. Enjoy! (Especially if you’ve never seen Elliot Erwitt relaxing in a pair of lederhosen.)

In other news, Steidl has another beautiful new book of Frank’s called “Paris“, featuring street work made there in 1951.

The book’s printing looks as good as The Americans, but the sequencing isn’t up to that standard. Naturally, I guess, but it’s always a bit of a shock to see how far from that pinnacle some of Frank’s work landed. Which doesn’t mean Paris is a wash, it’s just what it is – a perfectly printed look at a photographer-in-development. Historically interesting, indeed, but at the frame-by-frame level, there’s nothing that really bowls me over, mostly because some of the visual ideas introduced here by Frank have been repeated to death by other photographers, which isn’t Frank’s fault. (Example: photograph of people standing on top of their automobiles.). What the photographs may lack in terms a book-length statement, they make-up for in their presentation, often spreading over the bleed, and cropped in ways that accentuate their content. The cover’s choice, at the least! 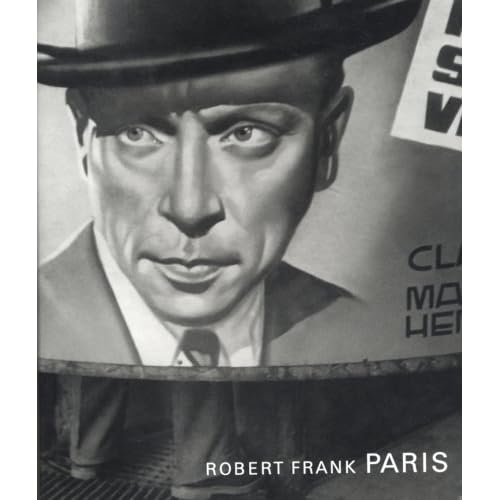