Discovering that Paul McDonough is having a show @ Sasha Wolf (in NYC, opens Sept. 20th) provided one of those web zingers in which worlds I’d never considered together suddenly slam into each other and form a new whole. Big Bang!

In the mid-eighties, Paul McDonough was photographing at Ivar’s Theater in Los Angeles, as was Garry Winogrand. Perhaps they were pals. Ivar’s has a storied history, was renovated a few years ago, and now houses a Children’s Theater. Tom Waits frequented Ivar’s too, in the 70’s, and it crept into a song (two, actually) on “Nighthawks at the Diner“. 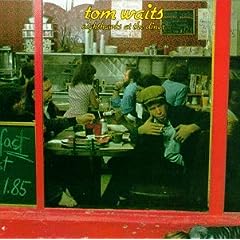 Tom Waits, from “Emotional Weather Report”, off “Nighthawks at the Diner” Garry Winogrand, from “Figments From the Real World”

And a 2point8 reader just sent in this one, in which Winogrand Bill Dane makes an appearance in the background. Bill Dane, “Hollywood, California, 1982” from “Outside and Inside America”

Update: And London pal Matt Stuart sent this, from page 53 in “The Man in the Crowd, The Uneasy Streets of Garry Winogrand”, a photo of Tod Papageorge helping a lady across the street, with Paul McDonough on the right. Strangest thing is that I never noticed the flyer for PANTOMIME on the far right, which anchors that side of the picture, indeed. Garry Winogrand, from “The Man in the Crowd…“

Thanks to the Tom Waits Library for the Waits/Ivar’s connection, though their plug-in audio didn’t work for me, so I hooked-up my own.